Project background
The idea for the draw and implementation of the CROSS-INNO-CUT Project stems from the need of enhancing the competitiveness of enterprises and fostering economic development, while upgrading the innovativeness of enterprises, in order to ensure the sustainability of the regional system and eliminate regional disparities observed throughout the EU at the same time. To achieve this, the notion of Innovation Management Techniques (IMTs) should be used. The reason for this is that enterprises need to take advantage of expertise know-how, which they cannot develop and apply on their own.
The Project, addressed directly at factors hindering the competitiveness of enterprises and economic development in the cross-border area. The main problems were:
(a) the excessive operating cost and the synthesis of this cost,
(b) non-efficient allocation of resources,
(c) low expertise of management in the field of efficient resources management,
(d) low adoption of innovation in the production and the management of enterprises, for higher performance.
In order to overcome these deficits, the project emphasized the issue of business sustainability, especially during times of global financial crisis, but mostly afterwards, in order to create solid prospects for development.

Project description and objectives
On the implementation level, the project promoted the notion of implementation of IMTs, as they are thought to be a successful way of achieving its objectives.
Main reasons for this are: (a) the fact that new technologies can really benefit the enterprise if they are integrated in the overall business strategy, (b) the insufficient resources of enterprises for implementing their strategy and identifying their technological needs, (c) the exploitation of regional know-how and spill-overs can be achieved in an efficient way.
The project aimed to address the need of businesses to create or maintain a competitive advantage by reducing their operating costs through the application of technological and non-technological innovation. To achieve this, the project focused on cooperation between universities and industries to create innovative tools and/or techniques to reduce the cost of business operations. In particular the project focused on the following six main areas of business operations, to reduce the operating costs:
•    Supply Chain
•    Sensors, Utilities & Energy Saving
•    People & Processes
•    Green Building
•    Renewable Energy
•    Marketing and Social Media
The above six areas were further segmented into a total of 14 cost sub-areas.
The objectives of the project in particular were the following:
a)    The development of an innovative tool and methodology to diagnose sources of excessive costs in the entire frame of operations of the audited company and to identify action plans for cost-cutting.
b)    The testing of the tool and the thorough validation of the diagnostic method through its application to a large number of local SMEs.
c)    The development of Action Plans for cost cutting to a part of the audited firms
d)    Pilot application of the cost cutting Action Plans to a number of the audited firms
e)    Awareness raising, in the regional companies community regarding their possibilities to participate in the project and their perspectives to be benefited by the introduction of IMTs in their operations frame.
f)    Publicity for dissemination of the results in the regional entrepreneurs’ communities and the local business support structures as well as the relevant decision and policy making bodies in the participating regions and at a national level.

A brief description of project implementation stages, follows:
1.    At the early stages of the project the technological platform which includes an innovative diagnostic and auditing tool-box, developed by the academic project partners AUTH-URENIO and South West University “Neofit Rilsky”. At  the same period, companies located at the eligible cross border area between Bulgaria and Greece were mobilized to participate in the project, through a series of targeted workshops in 8 cities, organized by the local business associations members of the project consortium.
2.    Subsequently, a total of 100 companies (in Greece and Bulgaria) were selected to be audited by means of the diagnostic and auditing tool-box. The diagnostic audits performed by external experts who were consultants selected through open Calls for Tenders. A total of 23 consultants were selected to conduct the diagnostic audits at the selected 100 firms.
3.    Of the 100 companies, 33 selected, to develop a detailed and complete proposal (action plan) to reduce operating costs, according to the findings of the respective diagnostic audit procedure. The Action Plans developed by external experts (consultants) selected through open Calls for Tenders.
4.    Finally, 14 companies out of the 33 were selected, to implement the proposed Action Plan for cost-cutting. The implementations conducted by subcontractors who were highly specialized firms and-or technology consultants selected via open tendering procedures.

Results/impacts
•    The project created and validated an innovative methodology which leads to actual cutting of operating costs in companies.
•    In particular, the project created a new service based on an advanced diagnostic tool developed by the participating Universities. The tool supported by ICT allows the identification of excessive costs areas in the industrial production lines based on objective and quantitative data.
•    This method is independent of the business sector of the audited company. It may be used for companies of any size ranging from small firms to large industrial units.
•    During the project, the methodology was validated thoroughly in practice. It was applied in 100 firms in Greece and Bulgaria and lead to specific and targeted cost cutting actions. In 33 out of the 100 audited firms the project developed targeted and specific cost cutting Action Plans. In 14 firms out of the 33 the Action Plans were implemented.  The above services offered by external experts selected as subcontractors, through Open Calls for Tenders
•    The above 100 firms were directly benefited. In addition, the subcontractors (more than 40 consultants and technology consulting firms) were benefited indirectly through the creation of channels between industries and solution providers.
•    The project publicity raised awareness and diffused a positive image of the project participants, the benefited firms, the subcontractors and the MA/JTS of the ETC Programs. This will improve the branding efforts of the participated firms and strengthen all the above players for improved participation in future calls.
The project reinforced the task to build of a community of companies aware of the possibilities of ETC Programs and ready to participate in future calls. It resulted also trust building among the participated firms, the subcontractors and the project partners. 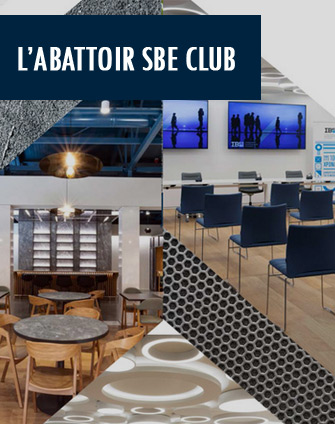 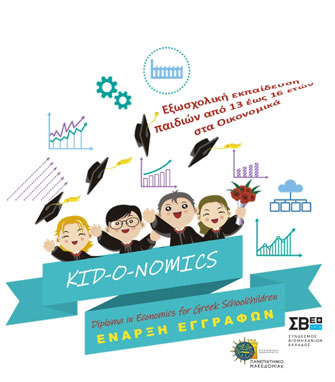 Please enter your username or email address. You will receive a link to create a new password via email.

User registration is currently not allowed.